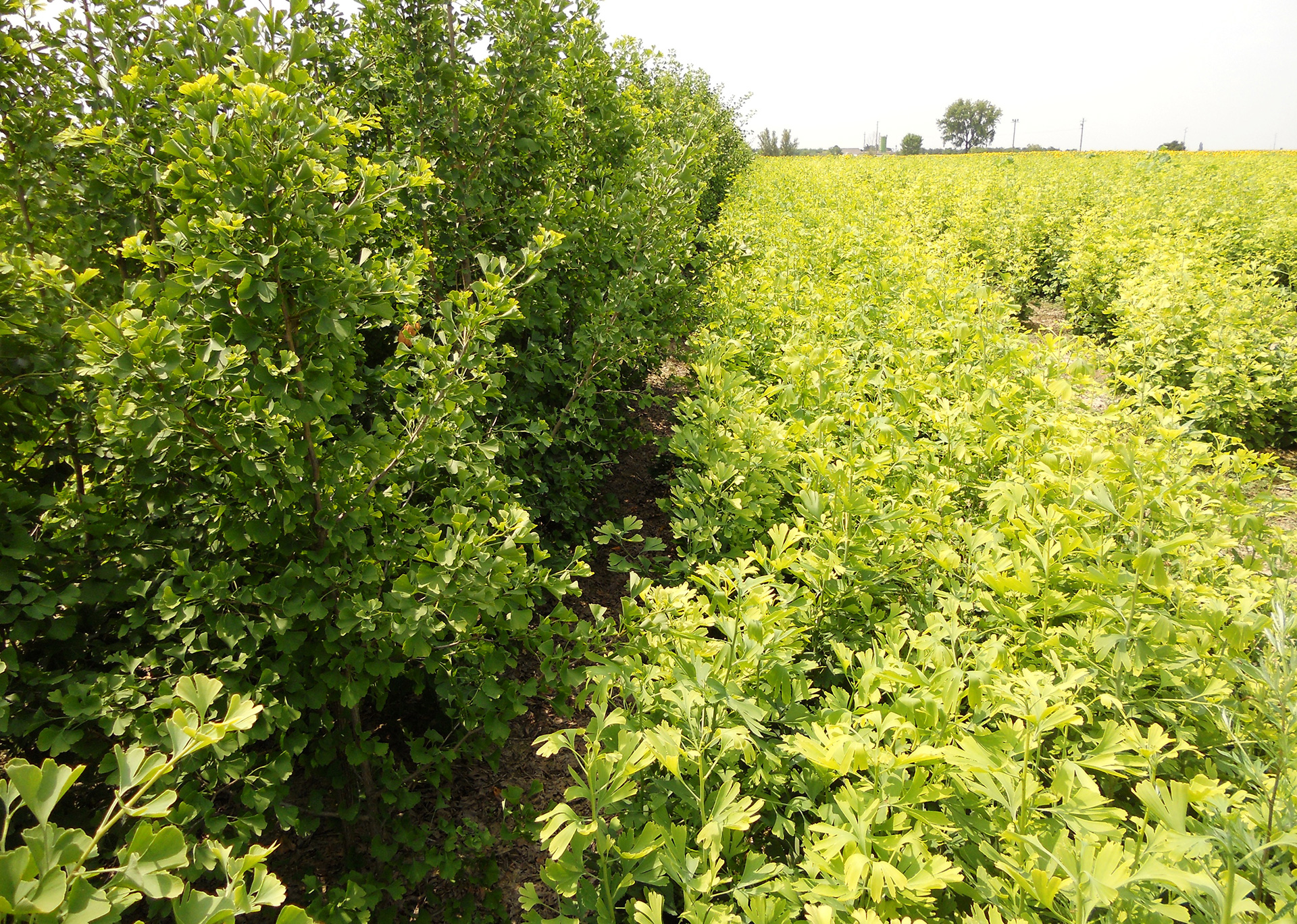 Also in this case  the aerial part is harvested with a specific machine. The material is then dried in static ovens and packed in big bags. Ginkgo is the only specie of the Ginkgoales that has survived, a very ancient group of Gymnosperms, because of that it is considered a true living fossil.
Native of China, this plant features typical fan-shape leaves. These represent the drug of Ginkgo and contain flavonoids (kaempferol, isorhamnetin and quercetin), terpene lactons (ginkgolide A,B,C,J and M), sequiterpenes (bilobalide), amino acids (6-hydroxykyrunenine acid), proanthocyanidins.
European Pharmacopoeia monograph on Ginkgo reports that the drug must contain at least 0,5% of flavonoids calculated as flavone glycosides.
Its use is recommended by the German Commission E for disorders related to cognitive deficits and difficulties caused by alterations of the central and peripheral blood flow and for the treatment of tinnitus and vertigo. Moreover, thanks to its pharmacological properties it could be a benefit in ocular pathologies.